Discovery is the process of collecting and sharing information before a trial. 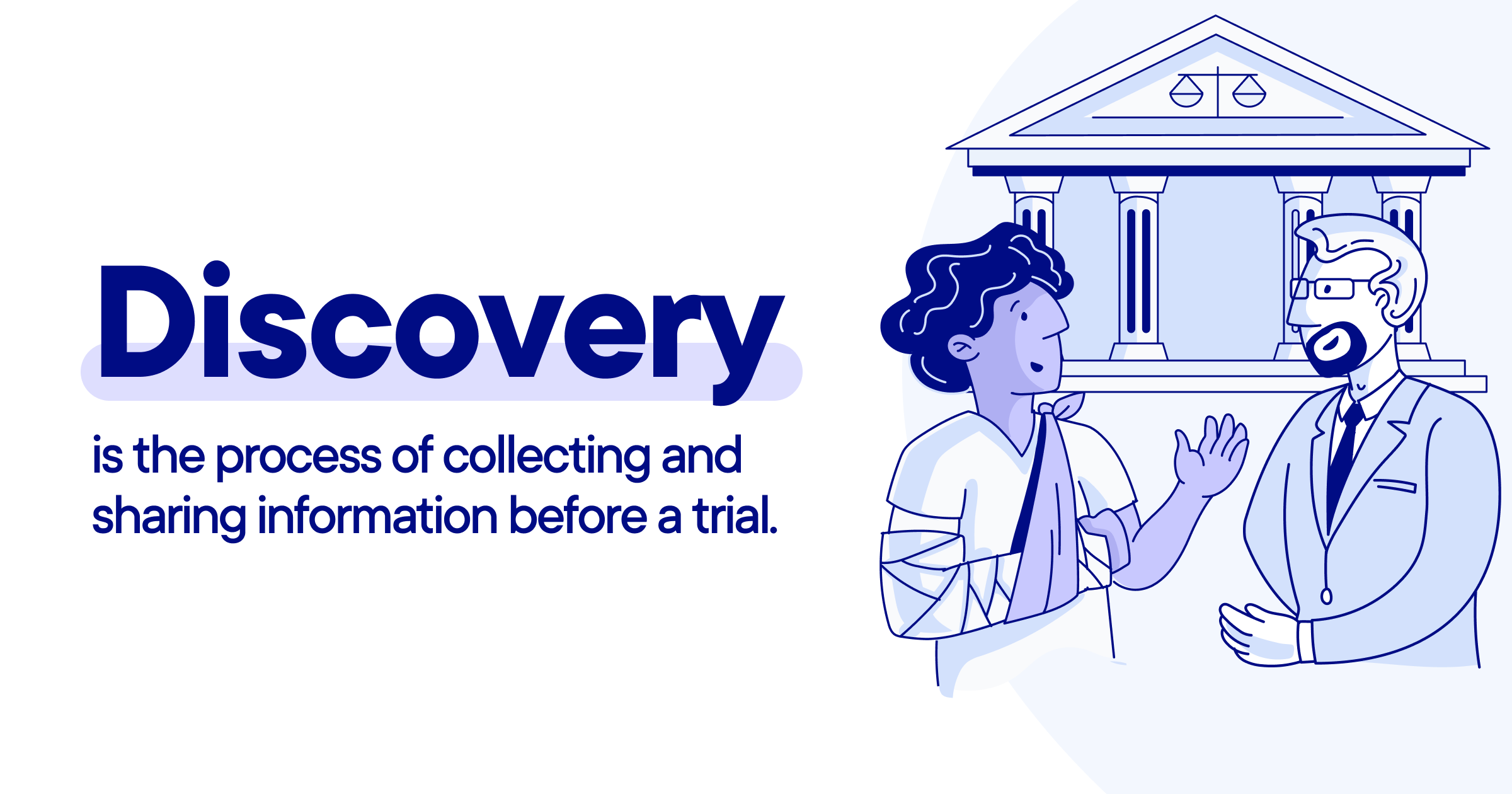 Discovery is the process of collecting and sharing information before a trial. Both the plaintiff’s and the defendant’s lawyers engage in discovery. During this process, they will locate information that may be relevant to their case. For the most part, in civil cases, the lawyers must share the results of their discovery with the lawyers on the other side of the case.

After the discovery process, both the plaintiff and the defendant will be aware of the evidence that’s been collected on both sides. This allows them to better evaluate whether it makes sense to go ahead with a trial or if it would be better to settle before going to trial.

Collection of the evidence included in discovery can happen in several different ways. These are some of the most common.

Depositions are live interviews with witnesses or other parties (such as expert witnesses). These interviews are recorded by a court reporter.

It’s important to remember that depositions are conducted under oath, meaning that you could be subject to perjury charges or other penalties if you are less than truthful.

Interrogatories are written questions that must be answered in written form and under oath. These questions are directed at the opposition in the case. For example, your lawyer would not give you or one of your witnesses an interrogatory. Instead, they would use other methods of discovery for that purpose.

A request for admission asks the opposing party to admit or deny a statement. As with other methods, this is done under oath.

The defendant can request that the plaintiff undergo an independent medical examination to confirm the severity of injury.

Requests for Production of Documents

These requests require the opposing party to produce documents, including emails, photographs, and other documents that may provide evidence in the case. In a car accident case, this may involve sharing pictures you took at the scene of the accident. You and your attorney will also have access to documents from the opposing side during your own discovery process.

In cases where the injury resulted from a problem or defect in a building, an independent inspector may be called to evaluate the property.

Discovery is a major part of any civil case, like injury cases. You want to make sure that you’re complying with all the requirements of discovery, while not providing unnecessary information. This is one of the reasons it’s so important to have a lawyer on your side during your case.