Personal Injury Law Myth #1: “I Should Represent Myself”

Just because we can do something, doesn’t mean it’s in our best interest to do so. 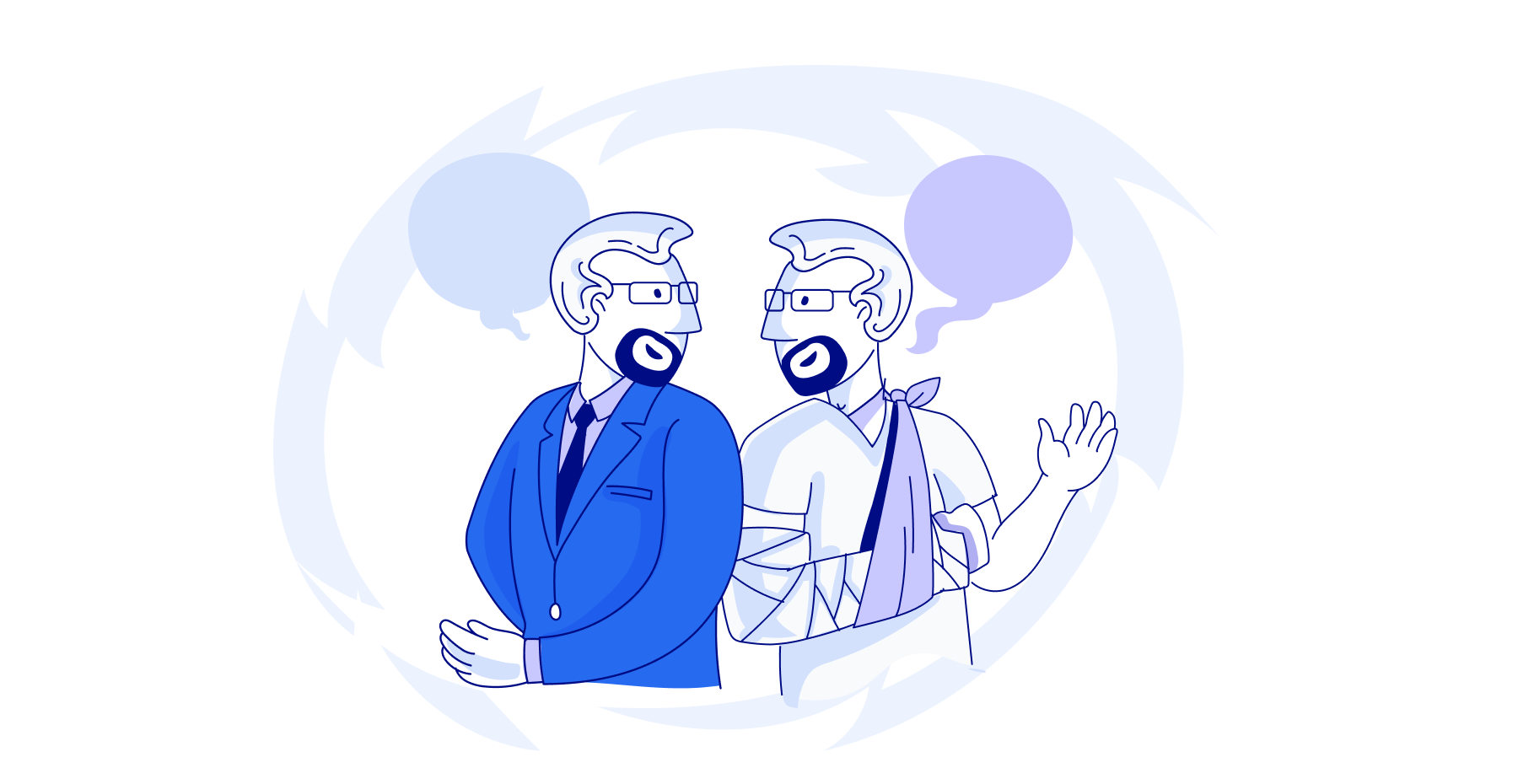 In a world where most people’s first instinct when something breaks or goes wrong is to call a technician, mechanic, or some other kind of specialist, having a do-it-yourself attitude can be liberating.

That sense of security that comes from being able to change a flat tire, mend a pair of pants, or replace a blown fuse is invaluable, and it can make us feel like we’re capable of conquering any challenge.

However, just because we can do something, doesn’t mean it’s in our best interest to do so.

There’s a difference between having passable skills and being an expert in something. So while putting duct tape over a leaking pipe rather than replacing it may work as a temporary solution, the problem can get a lot worse and end up costing more for a plumber to repair in the future.

And secondly, trained specialists exist for a reason: they dedicate themselves to their craft so that regular people can still receive the rewards of their expertise without having to invest their own time and energy.

Pilots are a great example of this.

They go through years of training to become certified because of the technical, complex, and risky nature of their work.

On the flipside, let’s say someone wanted to fly a jet without training.

With access to a fueled-up plane and a YouTube tutorial, they could give it a go. They might even be able to take off from a runway and gain altitude.

There are countless variables including weather, nearby aircraft, and wind speed that could present danger to the untrained flier while navigating the skies.

Asking someone to fly a plane without training is like asking someone to represent themselves in their own personal injury case: they might be able to get the case off the ground, but even the tiniest slip-up could prove catastrophic.

Let’s take Tom, who works in sales at a tech company, as an example.

Growing up, people told him that he should consider become an attorney because of how great he is at constructing detailed arguments. He even flirted with the idea but ultimately decided it wasn’t for him.

One winter night after work, Tom went to grab tacos at a restaurant and slipped and fell on thick ice directly outside the door. The fall caused him to sustain injuries on his lower back that prevented him from working for three weeks.

He brought a lawsuit against the restaurant, which claimed they were not responsible for the accident. In preparation for his hearing, he learned he wasn’t required to use legal counsel. So he chose to take matters into his own hands.

Not wanting to expose themselves to the same risk, the restaurant brought their defense attorneys to the hearing. After all, they stand to lose money, as does their insurance company, and they want to get Tom’s case thrown out to protect themselves.

During the hearing, things were going well for Tom at first. He calmly outlined the situation to the judge when asked to and maintained his composure. He even started to think that maybe he should’ve gone to law school after all.

But what he didn’t realize is that to win a personal injury case, he must prove four things:

After making his statement, the defense works through their strategy designed to put Tom on his heels. They’ve been in similar situations countless times before, except usually, they’re going against trained personal injury attorneys who prepare their clients ahead of time, so they can avoid common pitfalls.

Because Tom lacks legal experience, he answers every question without realizing that the defense’s sole goal is to disprove just one of the four requirements.

Within no time, Tom’s case is toast, and he goes home without the money he was seeking for his medical treatment and the time away from work.

Admitting you need help can feel like defeat. But given how complex the legal system can appear, having an expert on your side can be the difference between winning and losing. That’s why we want to walk alongside you and help you be informed about what you can do and what you should do.

Don’t know where to start, or have a few small questions?

We’re here for anything. Just reach out.